I don’t pick up magazines very often, though I love finding a great one, and I think that it’s sad that their audience is in decline. The obvious reason for this is the rise of blogs and online magazines offering more specialised and free content, but I think that magazines still have a place in the world.

I was obsessed with magazines when I was a teenager – just read my love letter to J-17 on my book blog! I absolutely love the free magazines that we get at stations in London, ES and Stylist. I find the high prices of some magazines off-putting, for sure, I was tempted to buy July’s Vogue for the Helena Bonham Carter feature, but just couldn’t bring myself to hand over the £4.99.

But one thing that puts me off, even in the case of cheaper magazines, is not being able to browse before I buy.  Even when magazines have a very clear purpose and style, their content can vary so much from month to month, and with many UK magazines being bagged up with a gift so you can’t try before you buy, often I think I’ll save the few quid and stick to blogs. Often I find this so offputting that I don’t even bother looking at magazine stands.

When I read Amy of Stripy Tights and Dark Delights’ recommendation of Company Magazine’s October 2012 issue, I was intrigued, so I found it at my local station newsagent, had a flick through, and ended up buying it! I hadn’t bought Company in years, and I never would have had it not been for her magazine review post.

So I’ve decided to start doing mini magazine reviews, to help you decide whether to buy an issue or not and also in the hope that more people will share what they think of the magazines they read, and help me! First up is this July’s issue of Company. 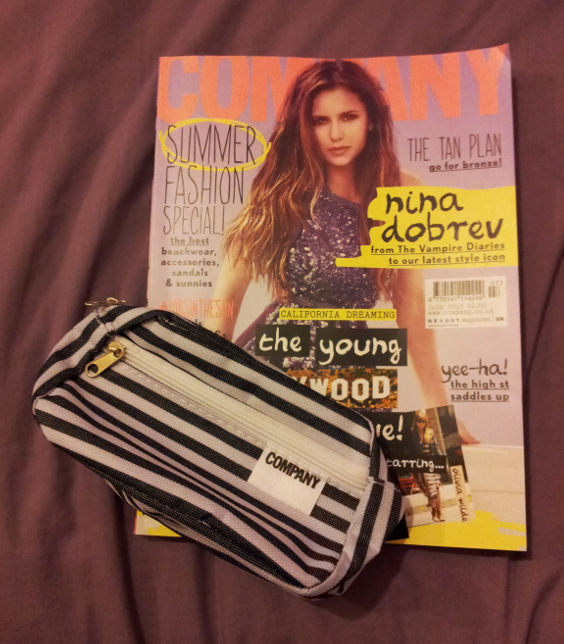 Overall, this month’s issue was a miss rather than a hit for me, but only because I have quite specific taste and the fashion features, which make up most of the magazine, weren’t my thing at all. If I could have flicked through it first, I wouldn’t have bought it. I will definitely lend it to my sister though as Californian style is much more her kind of thing! I much preferred May’s issue (which I have read several times), and the other two issues of Company that I’ve bought, October 2012 and December 2012. I especially loved the interior decoration feature in October 2012’s issue and am really disappointed that I haven’t seen anything similar in the other issues I’ve bought.