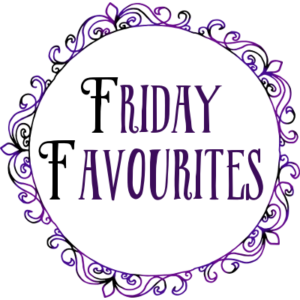 I didn’t plan for my Friday Favourites to be exclusively about apps, but as it seems to have gone in that direction, I decided to talk about an app that I find really helpful for organisation and productivity

I first downloaded Google Keep as an alternative to the default note-taking app, Memo, on my old Samsung Galaxy SII, as I wanted something a bit more flexible, that would allow me to make lists to check off. Since then, they’ve added one useful update after another.

One of my favourite things about it is that you can save notes in several different formats. As well as straightforward text and lists, you can also draw, add photos, and record voice/sound notes. You can pin notes so that they always appear at the top. It has the Archive function, like Gmail, so you can remove old notes from the main view without deleting them, just in case you need them later.

Google Keep can be opened in-browser as well as in-app, so I frequently use it to make notes when I’m out-and-about that I will then look at and make use of on my PC.

Here are three of my most frequent uses for Google Keep:

I tend not to use it for to-do lists, as I prefer paper systems for those. But it is really useful for quickly making a shopping list or keeping track of things I need to buy.

2. Transferring a single photo from my phone to my computer to put in a blog post

I add a photo note, hit sync, open up Google Keep in my browser, and there it is.

I’ve been using Google Keep to write scenes for novels and short stories for years. If inspiration strikes at an awkward moment, I can quickly type up the scene on my phone, and then later copy paste it from Keep into the main document I’m using for that project.

I also used it when I was working on my Planning Your Work Wardrobe ecourse – both for preliminary notes and for longer pieces of text. One day I was on the bus when suddenly I knew exactly what I wanted to write on the course landing page. I opened up Google Keep so that I could save that perfect copy before I forgot it, and then I could easily refine and polish it later on my PC. 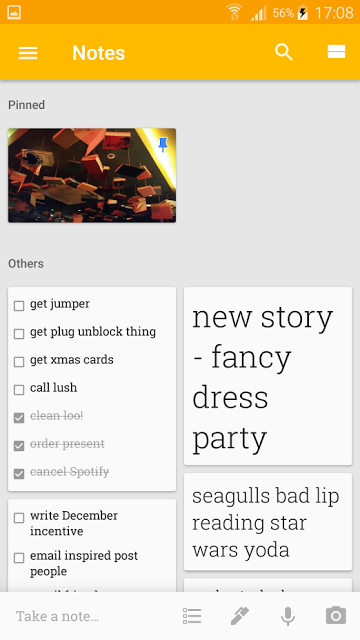 Above you can see a pinned photo that I used for the cover photo on a Facebook event for #drinkYA (a YA fiction social/networking event I co-host), a note to remind me about a short story I want to write, and two to-do lists. One of the lists is for today – I can check everything off now and archive it – and the other is a note of things to do to promote my ecourse. There’s also a reminder to look for a ‘bad lip reading’ Star Wars YouTube video my colleague told me about!

I’ve tried quite a few of the different note-taking apps out there, but the reliability and features of Google Keep have made it my favourite. Do you use Google Keep, or do you prefer a different app? Let me know! I’m pretty attached to it, but if there’s something better out there, I’m open to giving it a try!