You are here: Home / Archives for Uncategorized

I’ve wanted to write this post for ages, but was stymied by the fact that I only had two favourite cookbooks. ‘Nobody wants to read a post about just two books,’ I told myself. Sometimes I considered posting it anyway. ‘Don’t let the fact there’s only two hold you back from raving about them! The world needs to know!’ I thought, in grander moments. 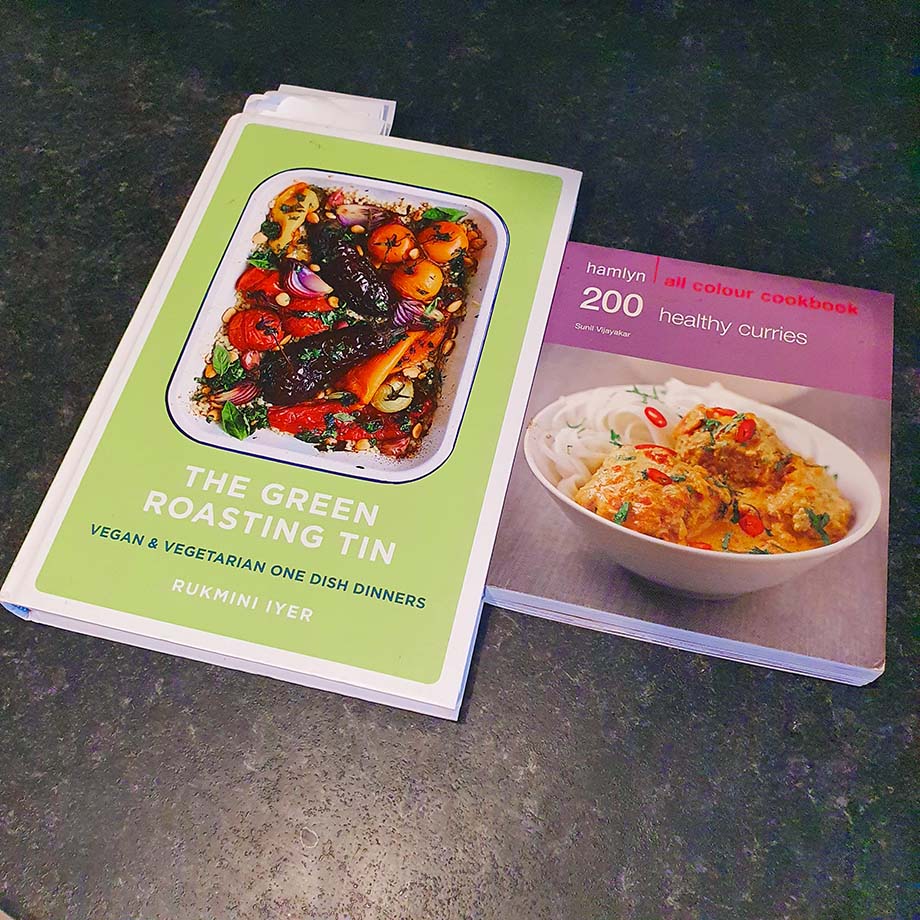 And so, today I decided to take the plunge, still feeling some trepidation as I went downstairs to take photos of the chosen two. But then, as I looked at my shelves, I realised that something had changed.

I now have three favourite cookbooks, which obviously makes all the difference. Now I am writing without the slightest hesitation, and I hope you enjoy these reviews of my top culinary catalogues:

This is the cookbook I’ve had the longest from this mini-selection. I think I bought it on a whim in The Works, along with the equivalent volumes about cocktails and pasta dishes. But this little book punches far beyond its tiny weight. Let me tell you, it is an absolute STAR. We make dishes from this book at least twice a week and are even now, eight or so years on from first buying it, discovering new wonders. The recipes are from or inspired by various different parts of Asia, and include a variety of foods, though I am partial to the chickpea ones. We mainly cook vegetarian/vegan food, and there are plenty of recipes in this book that meet that criteria – to be honest, I barely notice the meat and fish ones, the veggie options being so tempting!

I love this book so much I collected all the other Roasting Tin books, but this remains my absolute favourite. It’s just so full of good stuff, much of it quick to prepare and incredibly satisfying. There’s something about one dish dinners that makes me feel very smug. What is it? Oh yeah, the lack of washing up and the time you get to spend swanning around your home while the oven does all the hard work. 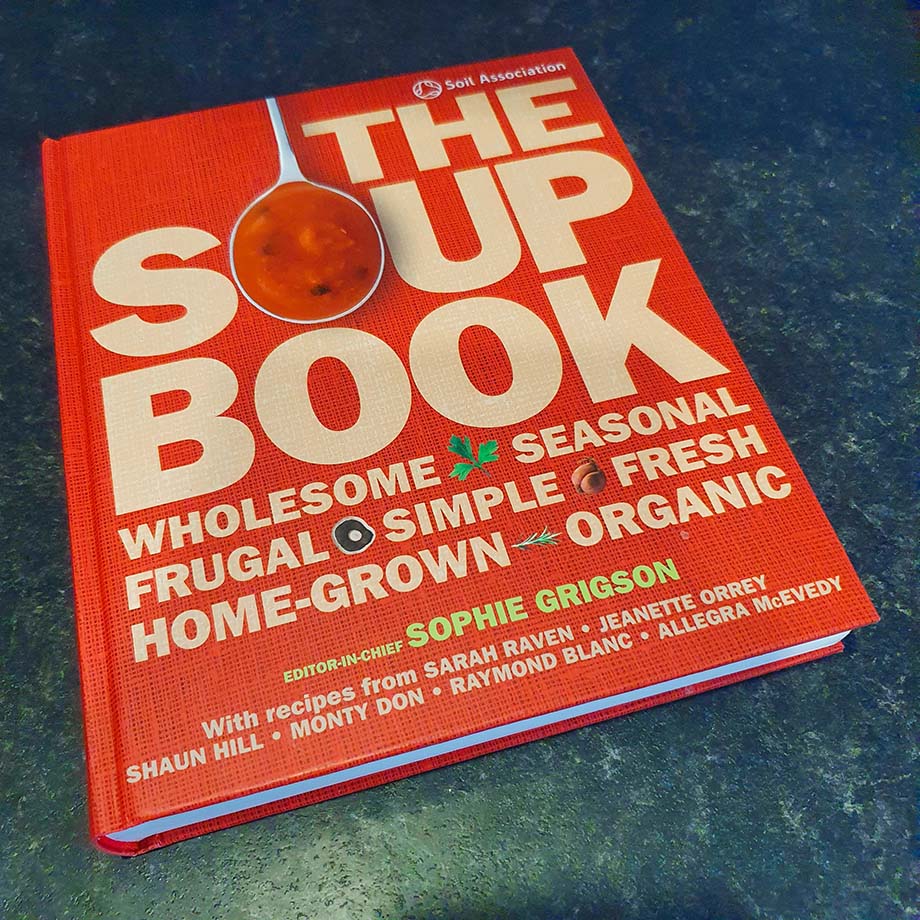 I’d had this book on my shelf for a while, but it was only getting an Oddbox subscription that led me to start paging through it and discovering all the wonders it contains. Suddenly I had all these random fresh vegetables to use up, and I couldn’t fit them all into dinners, so weekend lunchtimes have become soup-from-scratch time. And I almost always reach for this book.

Today I’m thrilled to be relaunching The Second’s Obsession! 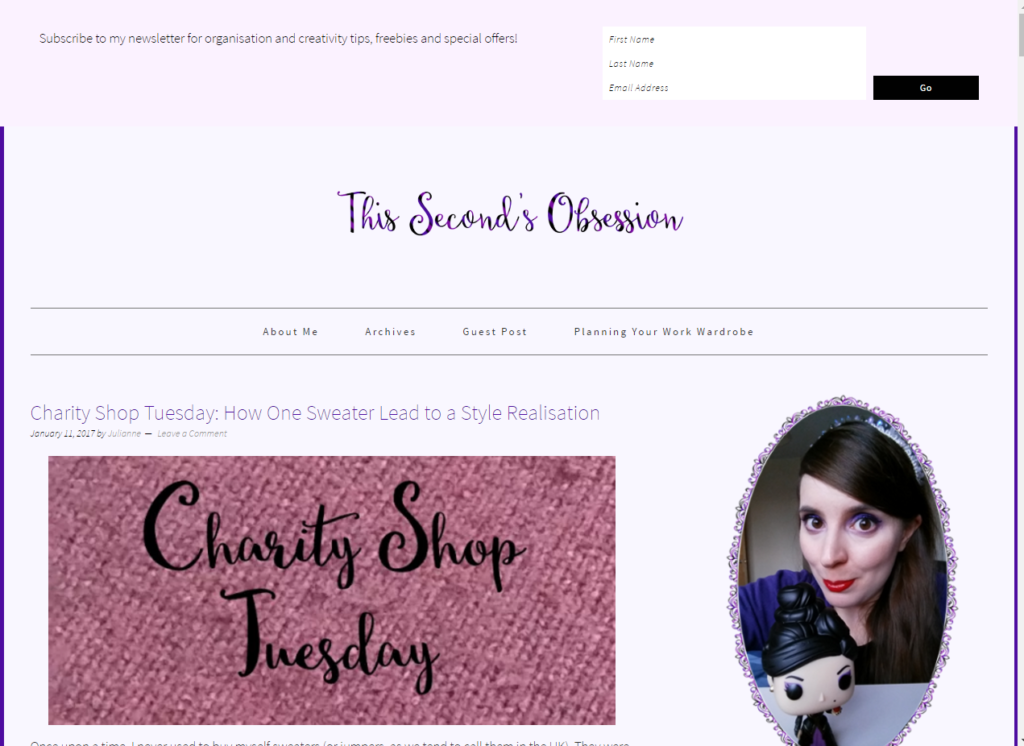 After nearly ten years on Blogger I decided that I had definitely exhausted the capabilities of the platform, and so I have moved to self-hosted WordPress. Blogger served me well for most of that time and I would still recommend it if:

I decided to move because:

How I Did It

When I started researching installing multiple instances of WordPress on one host – as I have two blogs to move along with the portfolio site – the most intriguing option was WordPress Multisite. It sounded like the simplest solution for me. One install, a few tweaks to the code, and I could set up as many sites as I wanted through the dashboard, and a domain mapping plugin would allow me to make each site look like it was on its own domain.

I say ‘It sounded like the simplest solution for me’ for two reasons:

If all this stuff sounds terrifying to you then you’re probably better off going for managed hosting so someone else will deal with all the tech.

The first thing I needed to do was choose a host. After reading a lot of tutorials I decided to go with Bluehost, as they are recommended by the vast majority of tutorial creators. This may be partly because you can sign up as an affiliate. I mean, that link I posted above is an affiliate link. I want in on that action. But they seem to be popular with many actual developers because there are lots of tutorials specifically for Bluehost users, and plenty of the tutorials I read that didn’t have ‘Bluehost’ in the title mentioned them later on or had screenshots from the Bluehost cPanel.

I installed WordPress using the one-click install. Unfortunately I got it wrong and installed to the www. instead of the domain without the www. so I had to delete it and do it again. Then I found I’d messed something else up. I honestly can’t remember what it was now, but it was such a basic install error I decided to delete and start again rather than spend time reading tutorials to learn how to fix it. In total I reinstalled WordPress three times to get it set up correctly for Multisite. This is why you should read multiple tutorials. The quality and detail varies and the writers sometimes give you the steps in a slightly off order. The current fashion for not displaying timestamps on posts can also be a problem as you have no idea which post is the most up to date.

I set up Multisite. I highly recommend wpmudev’s WordPress Multisite Masterclass but Google and read some other tutorials as well. You will find that a lot of them are aimed at people who are going to sell WordPress managed hosting to other people, so if you’re just setting up a network for your personal use you can skip bits but be careful to read enough that you actually understand what you’re doing.

I also watched most of the WordPress Essential Training course on Lynda.com, which doesn’t mention Multisite but does provide a good general grounding in the principles underlying how WordPress works. I watched most of it, not all of it, because some of it is a bit too basic for someone who has used a CMS before, and I found myself getting bored, scanning the transcript and hitting the skip button, but I would otherwise recommend it if you have a Lynda.com membership.

I wasted a lot of time umming and ahhing about themes. I decided pretty much the first time I saw it that I wanted the theme I ended up going with, but it took two days for me to convince myself to spend the money (I hate spending money). In the end, my argument went like this:

It’s daft to say you’ll buy it in a few months when you’ve made some more money from Planning Your Work Wardrobe. You can afford to buy it now, so there’s no loss. It’s a one-off price, not a subscription. And you can use it on all your blogs!

Thus convinced, I bought the theme and proceeded to install it and set it up how I wanted it – appearance, widgets, custom CSS, etc.

Now for the most tedious bit of the whole process! Importing my posts and pages from Blogger was quick and easy, but assigning them all to categories (and unassigning ‘Uncategorised’), checking every blog post for links that pointed to Blogger, and correcting any formatting/photo errors was phenomenally dull. It takes ages. The more posts and pages you have the longer it will take.

I blasted the Hamilton soundtrack and forced myself to do it all in one day. It took hours, but it’s over and I know more of the Hamilton lyrics by heart now!

Domain mapping time! This is a bit scary, but oh god, was it satisfying to have it done! There was a scary bit where this blog didn’t load for a few minutes at either domain, but then it appeared and I played ‘Everything is Awesome’ five times to celebrate.

Don’t let this put you off domain mapping. Once it’s done, you can still make changes in the same way, but you’ll need to keep hitting save and refreshing your blog in another tab. All it means is that you won’t be able to preview the change you’re making in the same tab. To be honest, I found the live preview was a bit slow anyway, so it’s not a major loss, it was just slightly more convenient when I was still at the colour-picking stage! Other plugins may not have this issue.

Here we are! Let me know what you think of TSO’s new look!