Post-university unemployment is a very popular topic at the moment as the next load of graduates have just been unleashed onto the job market, and I thought that it was about time I weighed in.

My post-university employment was extremely sporadic. I finished my Masters in 2009 right when the recession hit and didn’t get a permanent job until 2013. Now it’s all good and I’m in a job that pays more than the average wage, but those years were not fun times.

So, what would I tell my bright-eyed, diploma-clutching 22-year-old self?


1. Remember you’re not alone and it’s not your fault


You’re one of thousands of graduates who have finally come to the end of their educational careers to find themselves confused about what to do next. You haven’t flunked. You haven’t failed at the final hurdle. Unfortunately, you’re outside of the world of tests and essays and it’s not a straightforward meritocracy out here. There are all kinds of reasons why employers haven’t chosen to give you a job that have nothing to do with you.

2. However, it is your responsibility

Full socialism isn’t on the country’s agenda, and the government we do have are dodging the notion that they should do something to get more people into proper jobs. So now you need to learn how to continue your education and skill development outside of a formal institution, and how to present yourself as an appealing potential employee. You have to put serious time and effort into this. You do need to tweak your CV for every job you apply for. You can’t get away with just changing the addressee in your covering letters. You won’t be able to just wait until a job that matches the skills and experience you already have falls into your lap.

3. If you can move back in with your family or into cheaper accommodation do it BEFORE you run out of savings 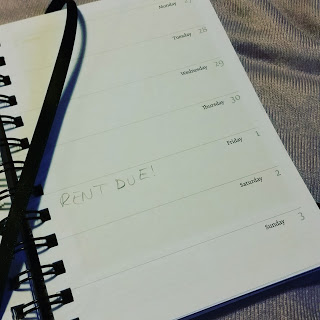 I was already living with my parents so this isn’t something I personally experienced, but I know so many people who, having worked part-time through uni, had managed to save up enough money that, when the maintenance loan payments stopped, they were able to keep paying rent on their houses and flats. They figured they’d pay for the first couple of months out of their savings, and by then they’d have a job! Problem solved…

Except six months down the line they were deep into their overdraft (which was meant to be getting smaller!) and they still didn’t have a full-time job, or the time to apply for one, being too busy signing up for every available shift at the minimum-wage part-time jobs they were supposed to be moving on from.

You don’t need to be five minutes from the university library and ten minutes from all the pubs and clubs anymore. If you can move back in with your parents or to a less expensive part of town, do it. You’ll save yourself a lot of misery down the line. And you can always move back if you want to, once you get a well-paid enough job.

4. Don’t get obsessed with doing surveys on the internet

It’s very tempting, when you have zero pounds coming in, to spend a lot of time poring over the Money Saving Expert forums and reading ‘make money from home’ sites and planning out your new part-time career as a mystery shopper. In reality there are thousands of people doing the same, you will get filtered out of about 70% of surveys, and you won’t make more than the odd tenner. You’re much better off spending your time applying for jobs, starting a real business, volunteering, or learning something new.

I have put this in capital letters because it’s so important. The longer you are unemployed and doing nothing else the worse it looks. You need to fill that gap. You need something to say other than ‘between October 2016 and March 2017 I was unemployed’.

The easiest way to do this is to volunteer. You don’t have to give up a lot of time – you need most of it for job hunting. I volunteered one afternoon a week in a charity shop and when required for Spread the Word and that meant I could say ‘between x date and x date I was volunteering for The Children’s Society and Spread the Word and looking for work’, which looks much better.

6. Don’t spend all day every day looking for work but also don’t spend too much time with your friends

If you devote your whole life to job hunting you will lose your mind. This is another way in which volunteering comes in handy – when I was poring over job descriptions and person specifications on a Monday morning, I could look forward to going to the charity shop in a couple of days.

Spending time with the other volunteers was actually more beneficial in some ways than hanging out with my friends – obviously it was lovely to see my friends, but it was expensive travelling to meet them and they weren’t all in the same position as me. In the charity shop I got to talk to people who were in a similar position to me in that they needed a job, but were also quite different – a refugee from Iraq who always wanted to practice his English, teenagers who were getting retail experience in advance of the Christmas temp season, a woman from Nigeria who was the youngest-looking 65-year-old in the world and had a pension that wasn’t enough to live on… They were all enthusiastic and friendly and it was refreshing to spend time with them and get away from my computer screen.

7. Analyse person specifications and work out how to get those essential skills or that experience that you’re missing


Is there a common theme in the jobs you can’t apply for? Is it ‘Microsoft Excel’? Get yourself to the library and take out one of the beginners books. Or ask your friend who is a whizz if they’ll teach you if you clean their kitchen (note: I am officially ‘Advanced’ at Excel, will teach COUNTIFS and VLOOKUPs in return for sink cleaning).

If you don’t have access to the software they’re asking for expertise in and it’s something an individual can buy, ask around – maybe someone you know has the Adobe Creative Suite and you can sit down round theirs with their laptop and work through Photoshop for Dummies. Otherwise, you might have to seek out volunteering opportunities that will let you use the required software.

The same goes for other skills, not just IT – read up on how to take minutes and then volunteer to do it for your Mum’s badminton club AGM, or for a charity team. If you need experience supervising people, look at big events – the Southbank Centre recruit volunteers and volunteer supervisors for their major festival events.

AKA the fastest way to lose friends and alienate people. You are not above retail because you have a degree. Your BA (Hons) does not exempt you from filing for the rest of your life. You need to fill that gap before all your CV becomes is a degree and a gaping chasm. And when you’re temping in Debenhams or working in the local Costa, don’t piss off your colleagues by whining about how you’re too good to be there. Basically, don’t be a dickhead. Not only because it’s mean, but also because you never know where your colleagues will end up or who they’re friends with.

9. On the other hand, don’t waste time with dead-end jobs

And I mean, PROPERLY dead-end. Most jobs, even if there’s no way to progress at the organisation, are going to allow you spare time to work on your skills, apply for other jobs, start your own business, etc.

What you want to avoid is jobs where you spend two hours or more a day travelling to them, jobs that sap all your energy so you have nothing left at the end of the day. If you get stuck in one of these jobs then it’s very hard to leave. So unless it’s completely unavoidable, don’t take one up.

If you do, you need to get out as fast as you can, and as much as it sucks, the best thing you can do is get up really early so you can spend your most energetic hours looking or preparing for other jobs, before you go to work.

This is one of my favourite websites and has helped me enormously. Jen Dziura’s advice is life-changing and if I had read it in 2009 or earlier instead of 2012, I would have got to where I am now a lot faster. Articles that are particularly relevant to this topic:

Where Job and Life Skills Come From (And How to Become an Expert)
Help! I Don’t Have Any Job Skills (Does ‘English’ Count?)
Dealing With Gaps in Your Resume
Interview Advice

Finally, before I end this post, I want to reinforce the point that this advice is all based on my personal experiences and those of my friends. Like many young people, I chose not to claim Jobseekers Allowance, even though I was entitled to it when I was between jobs. This is because everyone I know who did claim it found that the tedious courses, ‘work placements’ and poorly-trained advisors hindered rather than helped their job search. Mostly by wasting time that could have been better spent actually looking for work.

I had some savings, managed to get temp jobs for a couple of months at least once a year, lived with my parents, and almost never went out and never bought anything when I wasn’t working – a way of life I was used to from when I did my Masters (which I self-financed out of my savings). Financially, I would have been more comfortable claiming JSA, but I decided I’d rather angst over every penny I spent than deal with the anxiety signing on would inevitably induce. I resented the fact that the government successfully put me (and many others) off claiming benefits and in doing so made their statistics look better, but I just couldn’t do it to myself.

If you are claiming JSA, you may find that some of this advice is not relevant to you as you don’t have the time to follow it. But I hope that you do find something useful in it.

Have you experienced unemployment after finishing university or college or school? How did you deal with it? Are you still dealing with it? Leave me a comment and let me know.

Previous Post: « this salmon obsession, with thoughts on the direction of this blog and getting older
Next Post: Charity Shop Tuesday: Green Floral Dress »